Solo, Vancouver to Alaska and Part Way Back 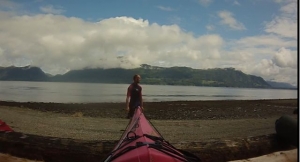 This is the video diary of a novice paddler that kayaked from Vancouver heading for Alaska. It's about 2 1/4 hours longer than I knew a youtube video could be, but it's well worth it if, like me, you enjoy living vicariously through the grand adventures of others. It's an epic video to document an epic trip. I really enjoyed listening to his reflections and tales of his journey. Watch it in HD if you can. p.s. You don't have to watch it all at once!

Like practically every other paddler out there, I have a bucket list of places or routes that I really want to paddle. I figured I'd start to write some of them down here. They are in no particular order and I'll probably add to it over time. Some are kayaking destinations, some more suited to canoe. This list could really be much longer, but it's a start. 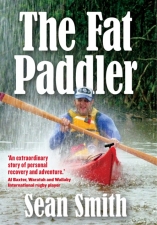 In the video below, Sean Smith, author of the book The Fat Paddler, talks about some of his motivations for creating his blog and for writing the book. I have been an occasional reader of the blog for years and so this book is high on my "to read" list. It has been getting great reviews from around the paddling world (here's one and here's another). 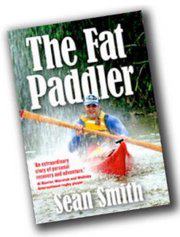 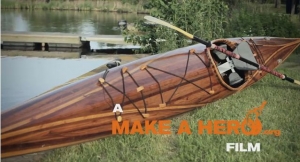 In 2012 I had the privilege of paddling with a fellow that is a c5-6 quadriplegic. It was a 2 hour parent + kid class and he was there along with his wife and daughter. I surely learned more that day from that family than they did for me. I look forward to continuing that learning for both of us and hope that we get to paddle together again. He had a kayak that was adapted with a seat and outriggers much like the one that is shown in this video. In addition, he had special connectors that connected his hands (wrists, actually) to the paddle. He mentioned that the new connectors he was using were a great improvement over what he used to do, which was to duct tape his hands to the paddle. The video, featuring a paraplegic paddler and his adapted cedar-strip kayak is very inspiring. Enjoy!

The following was originally published on my personal blog at http://pawistik.blogspot.ca/2013/12/winter-paddling-part-1.html 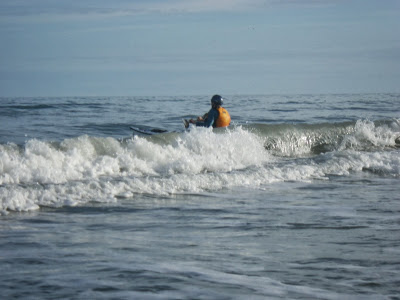 Our part of the world is frozen pretty solid right now but I still got out for some paddling recently. Never mind that it was in Florida where their winter temperatures (water and air) were nearly as warm as it ever gets here in the summer. On Thursday I paddled an afternoon in the ocean to have fun and hone my skills, and on Friday our family went on a tour on protected waters to see some Floridian wildlife. I'll cover that tour in a separate post. First, since I don't often get a lot of coastal paddling in and I wanted to work on those skills, I hired Michael Shugg to do an afternoon session of coastal kayak skills with me. Mostly, I wanted to learn to play and tour in surf conditions. Michael is an American Canoe Association instructor from Orlando and he recently started the company Adventure Spirit Kayaking. We started out at a Port Canaveral boat launch, not far from a number of cruise ships, then headed out around the point to the beach at Cape Canaveral/Cocoa Beach.

Once out of the port area and clear of the boat traffic, I tried a couple of rolls on both sides to get rid of any rust that might have built up from a couple of months off of the water. We then took advantage of the bit of swell (1.5 feet?) to catch some waves coming in to the beach, working first on coming in slower than the waves and in control, as you would do with a load while touring. That was easy enough so then we spent most of the afternoon working on surfing the waves. On my very first attempt to surf some waves in toward shore I was broached (the following wave pushed my stern sideways until I was parallel to the wave) and I quickly capsized since I hadn't yet learned to lean into the wave. I rolled back up quite nicely so it was great to see my roll working in the real world conditions.